5 key moments in the history of Kyrgyzstan 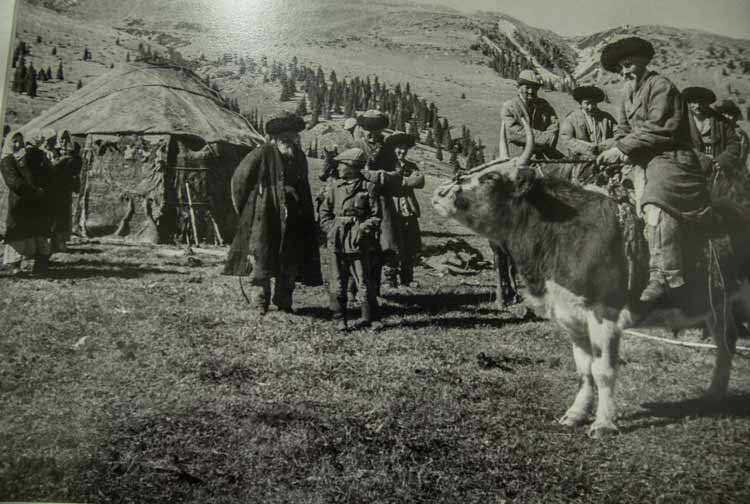 Photo by Ella Mailart. She was traveling in the beginning of 20th century in Central Asia and explore the nomad’s life.  You can see more pictures in Karakol Museum.

The first mentioning «Gegun» (kyrgyz) is found in Chinese historical chronicles (the Records of the Grand Historian) by Sima Qian. Kyrgyz living in the Western Tian Shan led a nomadic mode of life and were engaged in livestock.  You might probably already know that nomads in Central Asia did not always live in peace. They always tried to conquer the lands of Central Asia and often conquered Kyrgyz. In turn, Kyrgyz moved from one conquerors to the other, as a result the language and culture of Kyrgyz intermingled with theirs. Kyrgyz confessed shamanism and totemism, later beginning from VIII century Islam started to widespread.  The tribes living in the territory of Central Asia were also known for their rapid horses. Later, Mongolians in time of Chingiz Khan conquered all of the tribes and their benefits including horses. Only at the second half of XV century Kyrgyz got their independence, and from this time we name them Kyrgyz.

Kyrgyz also made up from small tribes and they kept fighting with each other. In 1985 the continuous fights with each other forced the Kyrgyz living in the north of their territory to ask for help from Russian Emperor. In the present territory around the lake Issyk Kul there was a Kyrgyz tribe Bugu meaning Deer.  They were the first one to accept the dominance of Russian Emperor.  Later Russian Emperor acceded all of the territory of Kyrgyz people. Kyrgyz attempted anti-colonial upspring because of Russian’s tax oppression policies and resettlement of Russians in the territories of Kyrgyz. However the upspring were always quickly suppressed. The Russian resettlements took away the fertile lands from Kyrgyz and expelled them to mountains. This mostly took place in the regions of present Chuy, Issyk Kul and Talas. That is why when you travel around Kyrgyzstan you will see the two names for a place. For example, Karakol is the Kyrgyz name and Prejevalsk in the Russian name after the Russian traveler. It also means that in these places with two names there were many Russian resettlements from Russian Emperor who later gave a new Russian name.

In 1916 the oppression by Tsars and the obligatory appeal of Kyrgyz to join the Russian army led Kyrgyz to rise up against Tsar’s policies mostly in the regions of Naryn, Talas, Chuy and Issyk Kul.  As you might already guessed the nomads were far behind in development compared to other nationalities. Kyrgyz used pitchforks and ax as the only weapon to defend from armed army of Russians. Kyrgyz burnt and destroyed the Russian houses and villages, killed and took Russian peasants as prisoners.

Eventually the rebels were defeated and the great escape of Kyrgyz to China commenced. While Russian Emperor sent the army to finally suppress the rebellion and clean the regions of Issyk Kul, Naryn and Chuy from Kyrgyz.

The number of fled to China made up 164000 in which 130 000 were Kyrgyz. Punitive squad killed from the behind, and the escaped ones lost their livestock and died from cold and hunger. When the fled crossed the border with China, their life turned out no better. The Chinese Emperor killed the escaping people. In some historical chronicles, it is written that people in the great escape sold their children to get bread. The total number of died and killed in this great escape comprises 80 thousand. Important to note that the primary sources of killed and victims from the great escape were lost and until now there is big controversy of the exact number. 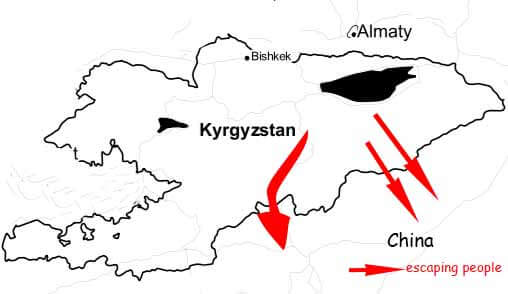 4. Kyrgyzstan as a part of USSR

In 1917, after the October Revolution, many survivors in Russia began to return to their lands. The October revolution changed the lives of not only Russian peasants but also Kyrgyz nomads.  This period is a turning point in the history of Kyrgyzstan. The Union of Socialist Republics started to form of 15 countries including the Central Asian countries. The government of the Soviet Union paved the way for economic progress in Kyrgyzstan. Schools were built, Kyrgyz nomads started to build their own houses and settle down in their lands, factories started to build and new job opportunities opened up for everyone. The entire energy industry and infrastructure of Kyrgyzstan was built in the period of USSR. Kyrgyzstan is still using these industries. In the World War II, Kyrgyzstan participated as a part of the USSR.

Currently, the attitude of Kyrgyz people towards the USSR is ambiguous. The older generation, if you manage to communicate with them, have different opinions. But you can often meet people who have good memories and say that everyone was happy and kind. As a symbol of USSR, you can find the Lenin monument in many towns or even in small villages of Kyrgyzstan. It is said that “Lenin brought light to the Kyrgyz lands,” meaning the literacy, education system of schools and teacher training, health system, and a powerful energy industry that Kyrgyzstan still uses today. On the other hand, you can often find young people who often talk about the repression and persecution of certain people by Stalin and the Communist Party.

The USSR fails in 1991 and Kyrgyzstan and other countries of USSR gain independence. In 1993 there is the first Constitution of a sovereign state Kyrgyzstan based on the principles of a democratic state and  replacement of the planned economy with a market economy. Public property is being replaced by many forms of property with a priority of a private one.

It is difficult to be maximally objective and neutral about the history of Kyrgyzstan since its independence and current situation so that should be another story.

Author of article Emilbek A.

ARTICLE: Is it safe to travel to Kyrgyzstan?

MOST POPULAR TOUR TO KYRGYZSTAN: Visting all highlights. 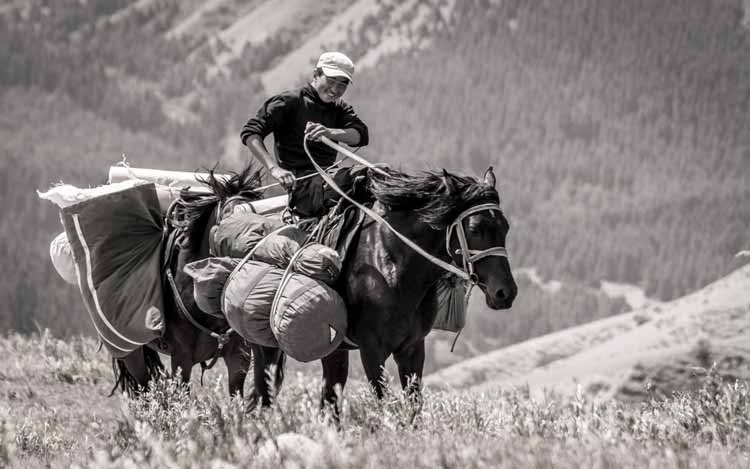 All things to know about Karakol

How to apply for a border zone permit in Kyrgyzstan?

5 Key moments in a history of Kyrgyzstan. Brief article.